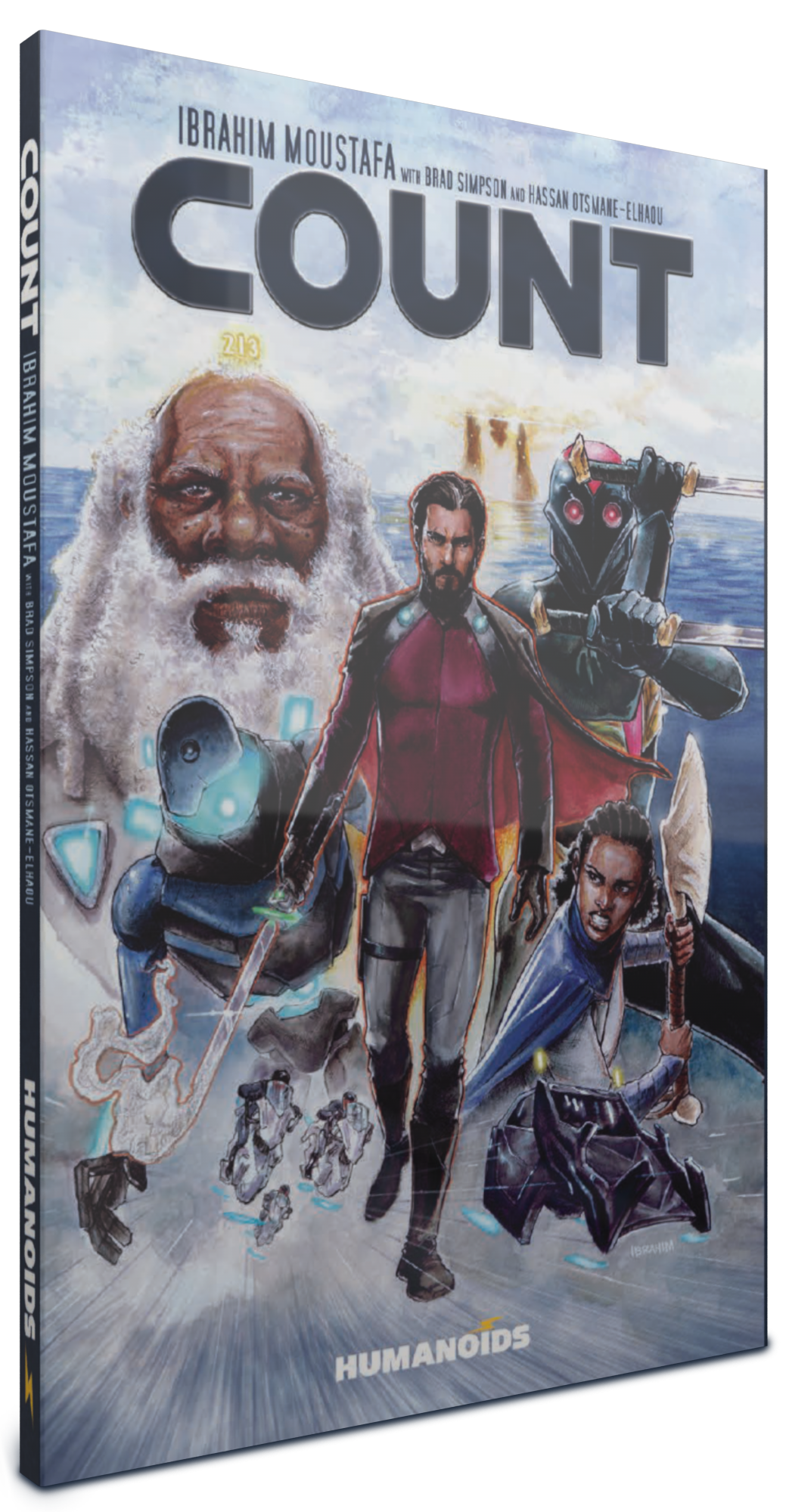 COUNT, by Ibrahim Moustafa (published by Humanoids, Inc.) is the story of Redxan Samud, a poor merchant courier who is framed for treason by jealous rivals and sent to an inescapable hovering prison colony. While there, he befriends an old man with a hidden fortune. Samud escapes and poses as a Man of Status, and with the help of his Automaton Retainer Unit Aru, vows to strike down his transgressors in an act of vengeance. But Samud soon discovers that he is not the only one under the boot of corruption, and he will have to make a choice between is personal vendetta, or the good of the people.

Be sure to subscribe to the COUNT email newsletter to receive special offers, and to stay apprised of new, promotional content, coming soon.

*Count Comic will not spam, or sell your personal contact information. All correspondence is strictly vetted, and protected to ensure we’re abiding by local, national, and international GDPR privacy laws.*

Buy COUNT through these select merchants